27-th Guards Motor-Shooting Division, located in Volga-Ural military district, in Orenburg region. 27th division permanently posted in Totsk. The division if famous because in June 1992 all the 27-th Guards Motor Shooting Division, was first out of Russian Armed Forces to receive a status of Peacekeeping formation. The peacekeepers from Volga region carried out problems in South Ossetia, Abkhazia and Pridnestrovie (Moldova) and other places. A part of 27th Guards MotorShooting division – 589th Guards Motor-Shooting regiment, was the very first Russian military unit, which in 1994 had joint peacekeeping training with American peacekeeping forces. In the fall of 1995 Russian peacekeepers landed on one of the military forts of Kansas and had a second joint training called 'Peacekeeper-95'. 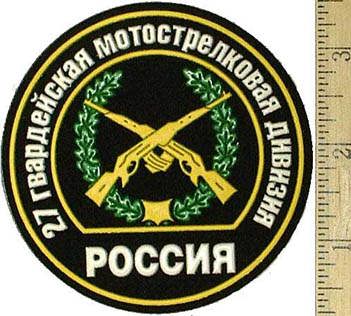