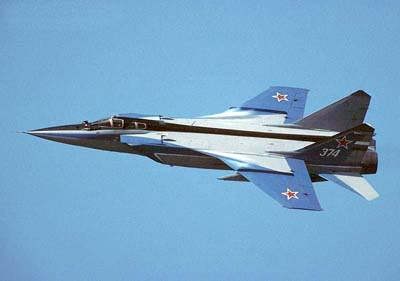 In 1966, the Mikoyan Design Bureau launched the development of the E-155M multi-purpose variable-geometry twin-seater powered by two RD36-41M turbo-jet engines designed by the OKB-36 MAP Design Bureau (Chief Designer Pyotr Kolesov). It derived from the E-158 interceptor (1965), which was a further development of the E-155P (MiG-25P) swing-wing aircraft powered by RD-19M engines. In accordance with the 24 May, 1968 directive by the USSR Council of Ministers, there were three E-155M versions to be developed - the E-155MP fighter-interceptor as part of the S-155M airborne all-altitude interceptor, the E-155MF tactical missile-carrying bomber as well as the E-155MR reconnaissance aircraft. For the first time in the world practice, the Zaslon phased array radar capable of detecting all types of aerial targets at long ranges within the whole scope of altitudes and speeds including treetop targets flying against the land background, was supposed to become the backbone of the E-155MP's armament control system...learn more. 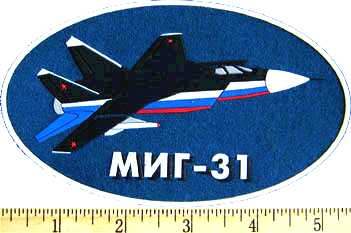