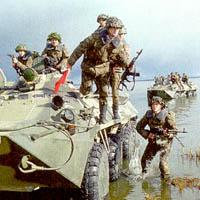 This pennant is for the Marine Corps of Russia. In everyday Russian they are referred to as "morpehi".Russian version of the Marine Corps was founded on November 16 of 1704 by the order of Peter The 1 (Peter The Great). The czar demanded the creation of this unit for the purpose of having a mobile infantry units on ships ready to act on the first call. At first only 2 battalions were created that consisted of 5 platoons of 125 soldiers in each. The first Russian Fleet to receive this unit into it's command was the Baltic Fleet. 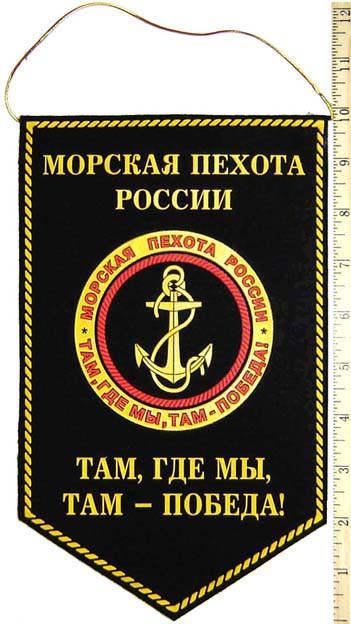