Sleeve Patch for The Central Test Range of Russia. 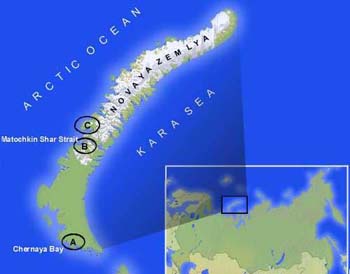 In 1954, the Soviet Union established its largest nuclear testing grounds at Novaya Zemlya. This establishment will later became known as the Central Testing Range of Russia. During the testing program, the Soviet Union conducted tests at different sites in several zones, the numbers and designations of which frequently changed. Most of the testing was consolidated in three zones at Novaya Zemlya ...learn more. 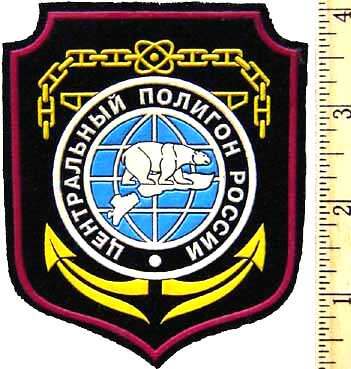