Sleeve Patch for the Administration of Zabaikalskiy Border District of Russia.

In 1989 the Border Troops' personnel strength was estimated at 230,000. Although under the operational authority of the KGB, border troops were conscripted as part of the biannual callup of the Ministry of Defense, and troop induction and discharge were regulated by the 1967 Law on Universal Military Service applicable to all the armed forces of the Soviet Union ...learn more. 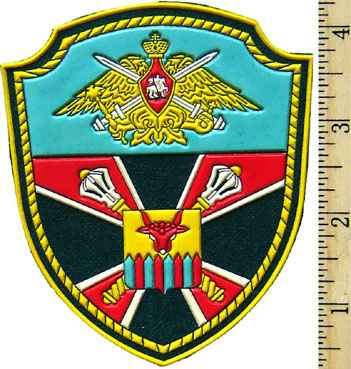