Sleeve patch for the Chief-Commander of Border Guard Service of Russia. 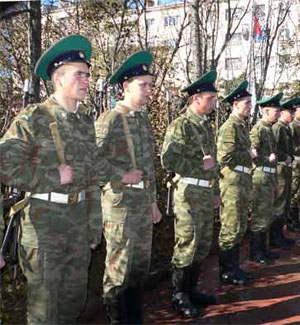 Responsibilities of Border Guard Service of Russia include:
* defence of the Russian national border, prevention of illegal crossing of the land and sea border by people and goods (smuggling).
* protection of economic interests of the Russian Federation and its natural resources within land and sea border areas, territorial waters and internal seas, including prevention of poaching and illegal fishing.
* combat any threats to national security in the border area, including terrorism and foreign infiltration. ...learn more 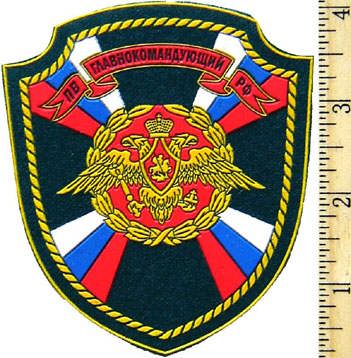