Sleeve Patch for the Administration of the town of Checkhov. 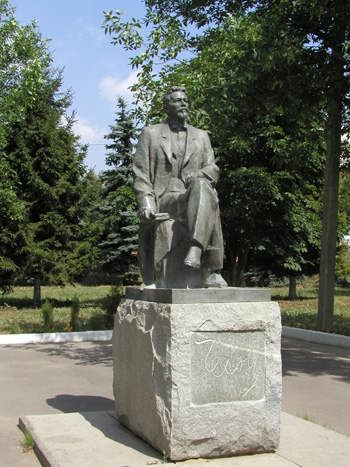 The first time that Chekhov appeared on the map of the Moscow's region was in 1954. However this town was not a newly built settlement, people lived here for over a 1000 years and this town was known under the name Lopsna, which in translation from the ancient Ugro-Finski dialect means the Lighted area. The town was named after the famous Russian writer - Anton Pavlovich Chekhov, who came in the Lopsna area around 1892 and helped to establish local hospitals and schools in the nearby villages ...learn more. 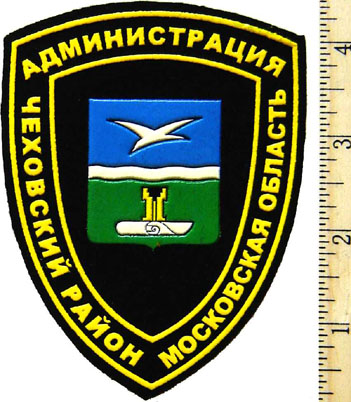