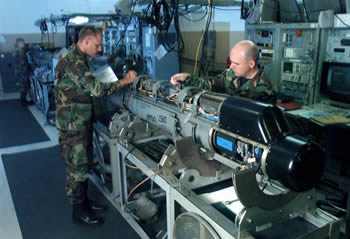 Electronic countermeasures (ECM) are a subsection of electronic warfare which includes any sort of electrical or electronic device designed to fool radar, sonar, or other detection systems. It may be used both, offensively and defensively in any method to deny targeting information to an enemy. The system may make many separate targets appear to the enemy, or make the real target appear to disappear or move about randomly. It is used effectively to protect aircraft from guided missiles. Most air forces use ECM to protect their aircraft from attack.
Offensive ECM often takes the form of jamming. Defensive ECM includes using blip enhancement and jamming of missile terminal homers.
ECM is practiced by nearly all military units—land, sea or air. Aircraft, however, are the primary weapons in the ECM battle because they can "see" a larger patch of earth than a sea or land-based unit. When employed effectively, ECM can keep aircraft from being tracked by search radars, surface-to-air missiles or air-to-air missiles.
Radio Elektronnaya, RadioElektronnaya, Spider 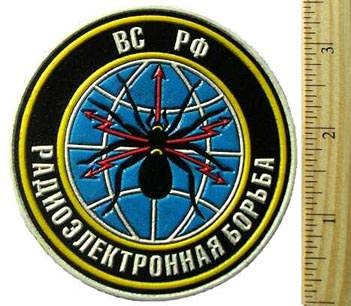