56 separate air-landing brigade is now reorganized to 56 air assault regiment in the structure of 20th Motorized Rifle division (headquarters in Volgograd). The regiment is deployed in the town of Kamishyn in Volgograd oblast. During the second Chechen campaign, the regiment air-landed on border between Georgia and Chechnya, where captured many documents proving the direct help of Georgia to the Chechen bandits. 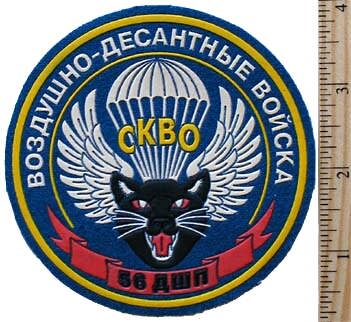