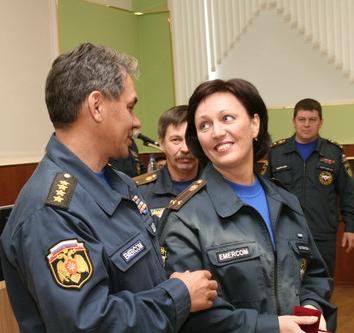 
The Ministry of Extraordinary Situations of the Russian Federation (EMERCOM) was established on January 10, 1994 by President Boris Yeltsin. It is also called the Ministry of the Russian Federation for Civil Defense, Emergencies and the Elimination of the Consequences of Natural Disasters. Some consider the real date of birth of the agency as December 27, 1990, when the Russian Rescue Corps was established and assigned the mission of rapid response in the case of emergencies.
According to an EMERCOM publication, the Ministry is an agency of Federal Executive Power with the following tasks:

Organizing international cooperation in the fields of the Ministry's competency. ...learn more